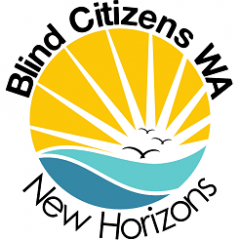 Blind Citizens WA is the public voice of Western Australians who are blind or vision impaired. We are proud to be a part of Blind Citizens Australia.

Our members share peer support and advocate for a better future.

Blind Citizens WA’s mission is to ensure that Western Australians who are blind or vision impaired have full participation in the community.

Blind Citizens WA has over 250 members and we welcome new members. Benefits of membership include:

For more information about becoming a member of Blind Citizens WA, please download our BCWA-Membership-Form

Blind Citizens WA uses the following Business Rules which were approved by the Dept of Commerce – Dept of Mines, Undsutry Regulations and Safety (DMIRS) in 2019 in accordance with the Associations Incorporation Act 2015 (Western Australia).  These Business Rules replace our previous Constitution.  You can downlad the document below or request a copy for the Blind Citizens WA office.

Here is an audio file of BCWA history. The audio runs for around 20 Minutes.

Blind Citizens WA relies on fundraising and donations to continue our work.

During 2020 and 2021 Blind Citizens WA obtains small grants from ConnectGroups WA Give It Forward and Pay It Forward grants.

Blind Citizens WA obtains small grants in 2020 and 2021 from The Good Things Foundation Australia Be Connected, this allowed us to host programs supporting people over 50 to gain essential digital skills.

The Blind Citizens WA BEACON Project is a National Disability Insurance Scheme – Information, Linkages and Capacity Building (ILC) funded project started in October 2020 and finishes on 30 June 2022. From mid-2020, the ILC Program has transitioned from the NDIA to the Department of Social Services (DSS). For more information about the ILC Program, please visit the DSS ILC webpage.

A grant from Australian Federation Of Disability Organisations.

The Disability Australia Hub project builds the capacity and readiness of organisations and the community to deliver nationally consistent ILC activities. This project was for activities in 2018 and 2019.

An Australia Post Our Neighbourhood Community Grant supported Blind Citizens WA to extend our peer support network to people who are blind or vision impaired living in Mandurah in 2016 and 2017.

In 2015 and 2016, Blind Citizens WA received a small grant from People With Disabilities WA (PWdWA) through its Releasing Our Capacity project in 2015/16. The grant has allowed us to strengthen our peer support networks and to share information about the National Disability Insurance Scheme.

Blind Citizens WA also received funding from Disability Services Commission to provide individual and systemic advocacy until March 2016. Diagnostic-specific services such as ours are no longer funded to provide advocacy.

Much-needed computer and adaptive technology, including screen reading software, screen magnification software, and a Braille embosser, were purchased in 2014-2015 thanks to a Lotterywest grant. Lotterywest also supported Blind Citizens WA to stream content from the 2015 Blind Citizens Australia Convention to members unable to attend in person.